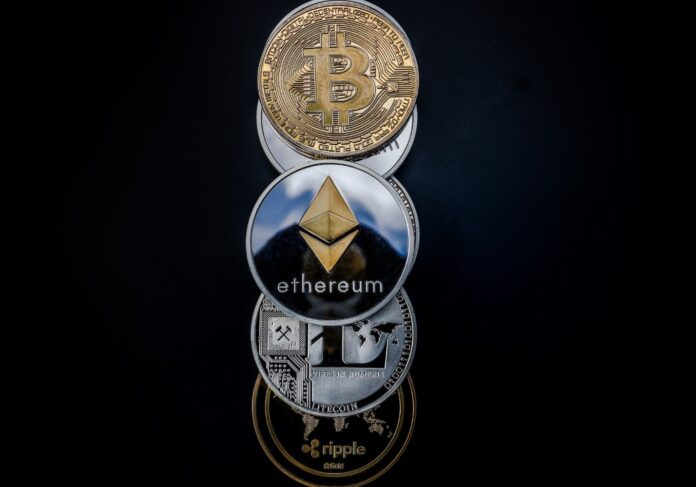 Did you know that 16% of Americans say they have invested in, traded, or used cryptocurrency in their lives?

Bitcoin and Ethereum are two of the most popular cryptocurrencies on the market, but a lot of people don’t know the difference between them.

With all of the different options for cryptocurrency out there, it can be hard to keep track of them all. Not to mention, it’s tough to know which ones are worth investing in.

But don’t worry. This guide is here to help. Keep reading because, in it, we’ll break down the key difference between Bitcoin and Ethereum so that you can make an informed decision about which one is right for you.

Cryptocurrency is a digital or virtual asset that uses cryptography to secure its transactions. Cryptocurrency is decentralized, meaning it isn’t subject to government or financial institution control.

Bitcoin is a decentralized cryptocurrency that uses peer-to-peer technology to facilitate instant payments. It was made by an anonymous person or group of people under the name Satoshi Nakamoto in 2009.

Transactions are verified by network nodes through cryptography and recorded in a public dispersed ledger called a blockchain. Bitcoin is unique in that there are a finite number of them: 21 million.

They made Bitcoins as a reward for a process known as mining. You can exchange for other currencies, products, and services. As of February 2015, over 100,000 merchants and vendors accepted bitcoin as payment.

Ethereum is a platform that lets you run programs without anyone else messing with them. In 2014, Ethereum was created by Vitalik Buterin, Gavin Wood, and Jeffrey Wilcke. Ethereum is a blockchain that allows for the creation of trustless smart contracts.

Ethereum was officially announced at the North American Bitcoin Conference in Miami, in January 2014. It was crowdfunded the following month with the sale of 12 million pre-mined ETH tokens.

Ethereum has the second-largest market cap after Bitcoin.

The Difference Between Bitcoin and Ethereum

Bitcoin and Ethereum are two of the most popular cryptocurrencies available today. Here’s a look at some of the key differences between the two:

Bitcoin and Ethereum are both cryptocurrency platforms with very different goals. They made Bitcoin a digital currency that would be free from government interference and you can use them for anonymous transactions.

Ethereum, on the other hand, was designed as a platform to run smart contracts and apps. These contracts are self-executing and do not require third-party verification, which makes them tamper-proof.

Ethereum also supports a wider range of programming languages than Bitcoin, making it more versatile. However, both platforms have seen success in their respective fields and continue to grow in popularity.

Bitcoin has a limited supply of 21 million BTC, while Ethereum does not have a hard cap on the total supply of ETH. This difference is due to the different philosophies behind each currency.

Bitcoin was designed to be a store of value, while Ethereum was designed so you can use them as a platform for decentralized applications.

As a result, the total supply of ETH will increase over time as more applications are built on the Ethereum network. However, this does not mean that ETH will become inflationary, as the rate of new ETH issuance will slow down over time.

Ultimately, it’s easy to learn how to buy crypto. The limited supply of BTC and the infinite supply of ETH could have a major impact on the price of each currency in the future.

For anyone who has ever tried to send or receive money internationally, the speed of transaction is often a major point of frustration. Wiring funds can take days or even weeks to clear, and dealing with exchange rates can be rough.

However, Bitcoin and Ethereum have revolutionized the way that we send and receive money.

Bitcoin transactions take an average of 10 minutes to confirm. While Ethereum transactions can be confirmed in as little as 15 seconds. This makes Ethereum a faster choice for transactions.

Not only is this process much faster than traditional methods, but it is also more secure and typically costs less in fees.

As a result, cryptocurrencies are becoming an increasingly popular choice for those who need to make fast and convenient international payments.

For those looking to invest in cryptocurrency, price is undoubtedly a major factor. However, it is important to remember that price is not the only indicator of value.

The price of a cryptocurrency can be influenced by a variety of factors, including media coverage, government regulation, and global events. As such, it is important to do your research before investing in any particular coin.

Cryptocurrency is a young and dynamic market, and prices are sure to continue to fluctuate in the future.

These numbers can fluctuate quite a bit, and watching market cap can give investors an idea of which coins are currently performing well.

Of course, market capitalization is just one metric, and it’s important to do your research before investing in any cryptocurrency.

But for those looking to get an overview of the crypto landscape, market capitalization is a good place to start.

Cryptocurrencies have been around for more than a decade, but they have only recently gained mainstream attention. They made Bitcoin, the first and most well-known cryptocurrency, in 2009.

Ethereum is often used for “smart contracts” and has attracted a large community of developers.

Cryptocurrencies are still relatively new and volatile, but they have the potential to revolutionize the way we interact with the digital world.

They base different cryptocurrencies on different underlying concepts. They build Bitcoin, for example, on the blockchain concept.

The key difference between blockchains and traditional databases is that blockchains are distributed. This means they stored them on many different computers around the world instead of centralizing them on one server.

This makes blockchains more resistant to hacks and tampering. This is because there would need to be a coordinated effort to breach the security of the network.

Ethereum, on the other hand, is based on the Ethereum Virtual Machine (EVM). The EVM is a software platform that enables the development of decentralized applications.

These dapps can run on the Ethereum network, and they often take advantage of Ethereum’s smart contract functionality.

As a result, Ethereum provides a versatile platform. Especially when building a wide variety of decentralized applications.

Bitcoin and Ethereum are both blockchain-based platforms that have different use cases. You can use Bitcoin as a digital currency or store of value, while you can use Ethereum can to run smart contracts and decentralized applications.

While both platforms have their own advantages and disadvantages, they are both incredibly popular and have a lot of potential.

Only time will tell how you can use each platform in the future.

The process of mining cryptocurrency is vital to the security and stability of the network. This is because it handles approving transactions and producing new units of currency.

Bitcoin and Ethereum are two of the most popular cryptocurrencies, and they use different algorithms for mining. Bitcoin uses the SHA-256 hashing algorithm, while Ethereum uses the Ethash algorithm.

As a result, they reward miners with cryptocurrency for their contribution to the network. The amount of rewards varies depending on the cryptocurrency. But it provides an incentive for people to participate in mining.

In addition, they made mining pools to allow individuals to pool their resources and contribute to the overall effort.

As cryptocurrency becomes more popular, mining will likely continue to play a vital role in its development.

Ready to Start Investing in Cryptocurrency?

When choosing between the two, it’s important to consider your own needs and objectives. Want more articles like this on crypto investments and investing for beginners? Check out the technology section of our blog!

How Much Do You Need to Buy Bitcoin with AUD?

How to Prevent Cash Flow Problems in Your Small Business

How to Get a Loan on a Two-Wheeler With Bad Credit?