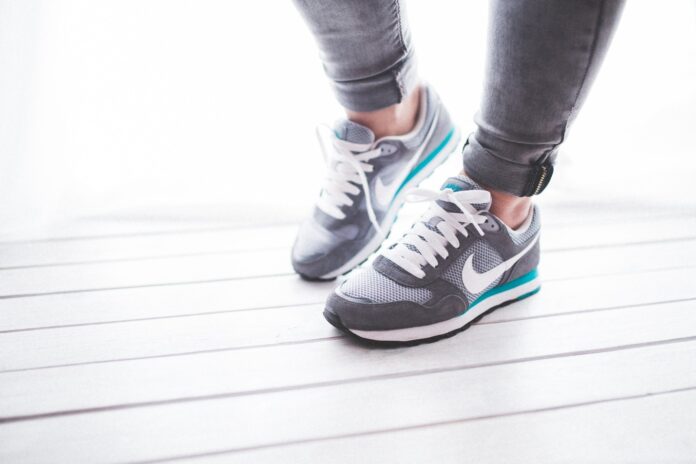 Since dropping his debut album, Section.80, a decade ago, Kendrick Lamar has made a huge impact on the music world. He’s delivered a handful of classic albums, including his most recent effort, Mr. Morale and the Big Steppers.

But K-Dot has also done more than just make a big splash in the music industry. He’s put together a long list of memorable fashion moments as well and shown that his style is unmatched over and over again.

Additionally, you could make the argument that King Kendrick helped put the Nike Cortez sneaker on the map. Although Nike Cortez shoes have been around for decades now, he pushed them to the forefront and managed to land a deal with Nike in the process.

In large part because of this, Nike Cortez mens and Nike Cortez womens shoes are back in the spotlight right now. You might even be thinking about picking up a pair for yourself.

Before you do, you should take the time to learn all about them. Here are some of the top reasons to buy Nike Cortez shoes.

As we just mentioned a moment ago, there isn’t anything particularly new about Nike Cortez shoes. It actually has a much longer history than many of the other classic sneakers produced by Nike, including the legendary Air Force 1.

Nike founders Bill Bowerman and Phil Knight started designing the very first Nike Cortez way back in the late 1960s. And they released it to the world just in time for the 1972 Summer Olympics with many athletes choosing to wear it during those Olympic Games.

Over time, Nike would eventually release other sneakers that eclipse the Nike Cortez in terms of popularity. But many sneaker experts have suggested that it’s the Cortez that put the company on the map and helped it to become one of the biggest sneaker companies in the world.

You’ll be helping to keep the history of the Nike Cortez alive by purchasing a pair. Buying Nike Cortez shoes might even inspire you to want to learn even more about the early days of the Swoosh.

More often than not, you’re going to see people wearing Nike Cortez shoes these days in casual settings. But it’s worth mentioning that the original Nike Cortez was designed specifically for those who wanted to wear the sneaker for running.

Bowerman—who was the University of Oregon’s track and field coach when he helped launch Nike—believed that track and field athletes needed better shoes than the ones that were available at the time. So he sought to create a superior running shoe for them by coming up with the Nike Cortez.

He succeeded. It’s why so many track and field athletes flocked to the Nike Cortez when it was time for them to pick out shoes for the 1972 Summer Olympics.

They’re Some of the Most Comfortable Nike Shoes Ever

In the past, quite a few people have referred to Nike Cortez shoes as the most comfortable shoes ever created. That was the kind of compliment that Bowerman was going for when you first started tinkering with the design of the Nike Cortez.

From the outside, the Nike Cortez might look like a very simple shoe without too many bells and whistles. But the inside of the Nike Cortez features more than enough foam in all the right places. This foam was designed to provide track and field athletes with the comfort and cushioning that they needed.

Nike has changed the look and feel of the Nike Cortez on numerous occasions over time. But they have continued to make sure that these shoes are every bit as comfortable as people want them to be.

They Have a Very Simple Aesthetic

If you take a look at some of the sneakers that Nike has produced in more recent years, you’ll find that many of them have a whole lot going on when it comes to their designs. Nike has fallen in love with injecting as much color and personality into their shoes as possible in many cases.

There is nothing wrong with this. But it makes the Nike Cortez a breath of fresh air at times because it has one of the simplest aesthetics in the entire Nike lineup.

Nike Cortez shoes feature Swooshes on each side of them, the Nike logo on the tongue, and the back tab, and…well, that’s pretty much it. The design of the Nike Cortez is pretty much as simple as it gets.

The simplicity of the Nike Cortez makes it perfect for those of all ages. Everyone from teenagers to grandparents can put on a pair of Nike Cortez shoes without looking out of place at all.

They’re Available in a Wide Range of Different Colors

But over the years, Nike has released so many different colorways of the Nike Cortez. If you’re looking for Nike Cortez shoes, you shouldn’t have any trouble finding a pair that will work well with whatever it is that you like to wear.

You can still get your hands on very basic white Nike Cortez shoes. But you can also find them in almost any other color that you might like.

They’ve Got Some of the Latest Nike Technology in Them

If you like the simplicity of the original Nike Cortez, you’re welcome to pick up a pair that will look and perform just like it. Nike still sells Nike Cortez shoes that have the same feel as the ones they sold back in the 1970s.

But in recent years, Nike has also started to experiment with incorporating their latest technology into Nike Cortez shoes. One example of this is the Nike Cortez Fly Motion.

To create the Nike Cortez Fly Motion, Nike worked their Flywire technology into the Cortez. It helped to make the sneaker way lighter than it would be otherwise, which made it ideal for runners looking for something light to put onto their feet.

Again, you don’t have to buy this version of the Nike Cortez if you don’t want to. But it has been nice to see Nike try to adapt the Cortez to allow it to get with the times.

As we already talked about back at the top, Kendrick Lamar has done a whole lot to help make Nike Cortez shoes more popular than they would be otherwise. From rapping about Nike Cortez sneakers to wearing them on the red carpet, he’s done a little bit of everything to help take the Cortez to new heights.

But you could make the argument that the Nike Cortez was already firmly entrenched in pop culture long before Kendrick Lamar showed up on the scene. The movie, Forrest Gump, for example, showcased the Nike Cortez when the lead character received a pair and used them to run all over the country.

They’re More Affordable Than Many Other Nike Sneakers

When the Nike Cortez was first released, the shoes only cost—get this—$22.90. And while that was more money back in the 1970s than it is today, it was still relatively cheap in the grand scheme of things.

Now that the Nike Cortez has been around for about 50 years, the shoes cost way more than $22.90. Some of them have inched their way up over the $100 mark.

But it’s not all that uncommon for people to find Nike Cortez shoes that come in at under $100 these days, which is pretty incredible if you think about it. In spite of all the success that these sneakers have enjoyed, they’re still not going to break the bank when you buy a pair.

You might find that some of the more limited-edition Nike Cortez shoes—like the ones designed by Kendrick Lamar himself—are going to cost you way more than $100. But it’s nice knowing that you can grab a pair of the regular Nike Cortez shoes without spending a small fortune on them.

They’re Not Too Difficult to Find

Do you want to give Nike Cortez shoes a try and put a pair on your feet sometime soon? If you do, you may be a little bit worried about whether or not you’ll even be able to find a pair given their recent popularity.

We’re here to tell you that you shouldn’t have too much trouble tracking a pair down. While Nike Cortez shoes are more popular than ever before right now, it shouldn’t take you too long to find a pair that you like.

Sneakerheads—and sneaker resellers—will typically snatch up the limited-edition Nike Cortez shoes when they’re first released. But they won’t do the same for many of the regular Nike Cortez shoes that are out there.

As a result, you should be able to pick out a pair of Nike Cortez shoes and get them for retail price without pulling all your hair out. You can find some Nike Cortez sneakers in stores and others online. You shouldn’t be shy about shopping around to find the ones that you like the most so that you can start wearing them around ASAP.

There are some sneakers that become very popular and then fizzle out within just a few months. People go crazy trying to secure a pair of them, and then by the time that they’re able to do it, the shoes aren’t even in style anymore.

You aren’t going to need to be concerned about this happening when it comes to the Nike Cortez. These shoes have been around for half a century now, and all indications are that they’ll be around for another half a century, if not longer.

It appears as though Nike is going to continue to push the envelope with the Nike Cortez and push fresh spins on them all the time. But you shouldn’t let that stop you from buying a pair in 2022.

Whether you purchase a pair of Nike Cortez shoes today and start wearing them around immediately or you buy a pair and put them on ice for a few years prior to putting them on, they’re always going to be in style. It makes them the perfect sneakers for all the fashion-conscious individuals out there.

You should look high and low for Nike Cortez shoes that you like and add them to your sneaker collection over time. You’ll come to enjoy pulling out a fresh pair every so often to show people that you know what the Cortez is all bout.

Pick Up a Pair of Nike Cortez Shoes Today

Now that you know more about the Nike Cortez, you should set out to buy at least one pair of these shoes. As you’ve seen here, there are so many reasons for you to do it.

You’ll really come to appreciate the Nike Cortez and all that it has to offer once you start wearing these sneakers on a regular basis. It won’t take you too long to see what Nike has enjoyed so much success with them over the last 50 years.

Would you like to check out some other interesting articles on sneakers? Find them by poking around on the rest of our blog.

How To Deal Roulette